History of our Badge

The current badge worn by Police Officers in White Settlement was authorized in 2015 to represent the western heritage of our hometown. The wagon traveling west represents the early settlers migrating to the area. The tepee represents the Native American population that resided in the area who traded with the migrant population. The State of Texas and star was added to reflect the Lone Star State. The wagon wheel at the top of the badge further represents early western culture. The date of 1838 was determined to the be the first recorded date of land acquisition by the early pioneers. 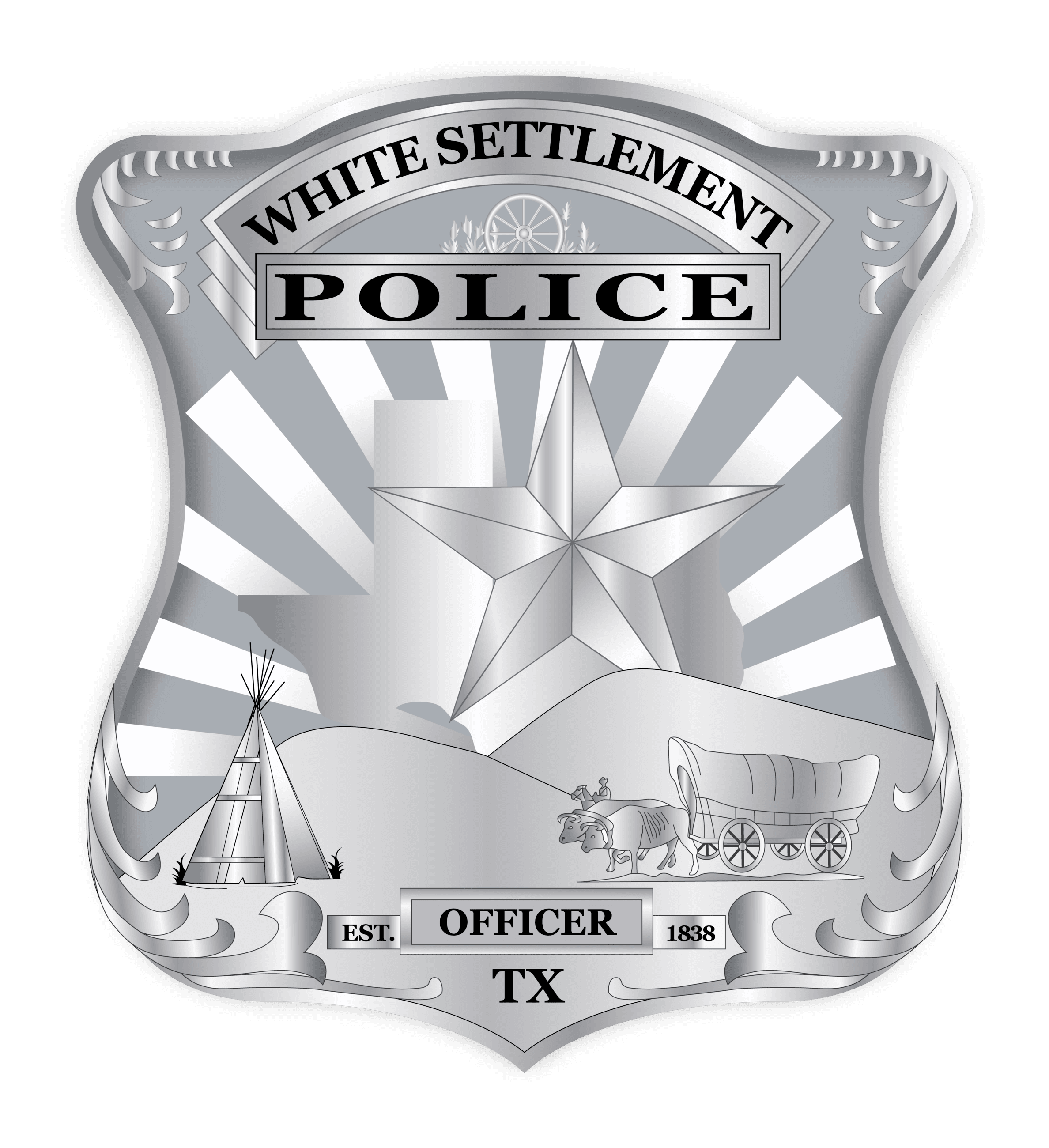