Create an Account - Increase your productivity, customize your experience, and engage in information you care about.

The Mission of the City Manager is to provide centralized leadership and direction for the effective administration of all City Services as directed by the City Council by:

About the City Manager

Jeff James came to White Settlement as the City Marshal in 2008. In 2014 Jeff was appointed to the position of Assistant City Manager where he worked closely with then City Manager Jim Ryan while also retaining his City Marshal position. In June of 2017, James was named by City Council as Ryan's successor and now serves as City Manager.

Jeff holds a Master Peace Officer License, Bachelors of Arts Degree in Business Communications, a Bachelor of Science Degree with a double major in Criminology and Criminal Justice, is a Certified Public Manager and a member of the Texas City Management Association.

About the City Manager's Office

The purpose of the City Manager's Office is to implement policy/directions, as issued by the Mayor and City Council, in the most equitable and effective manner. The Office seeks to provide professional management guidance to the organization of the City, City Council, and citizens in accordance with City Charter and State guidelines.

The City Manager's Office includes the City Manager, Assistant City Manager, and Administrative Assistant. Continually working with the City's other departments, staff members must have both a broad conceptual understanding as well as a detailed grasp of specific City operations and service delivery strategies.

The City Manager's office is the legislatively-appointed administrative branch of the White Settlement city government. Overseeing the day-to-day operations of the City, the City Manager and Assistant City Manager are responsible for many areas of service, including supervising each Departmental Director, serving as the chief advisor to the City Council, entering the City into service and supply contracts, and disbursing funds from the City budget.

Through the promotion of teamwork and employee development, the City Manager is responsible for coordinating the cumulative efforts of the other City departments. This coordination serves the purposes of enhancing productivity and maximum utilization of City resources.

REQUEST A MEETING WITH THE CITY MANAGER 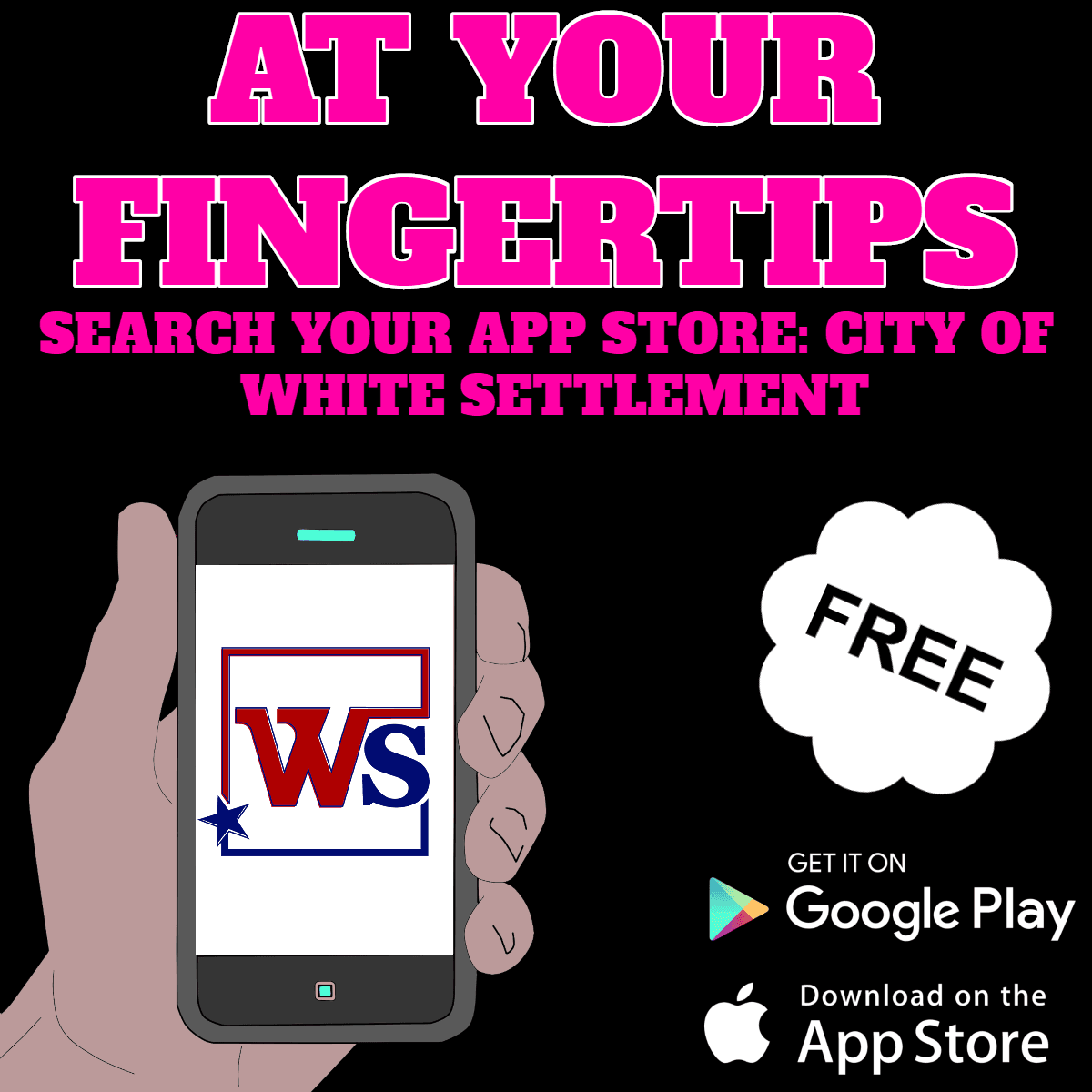